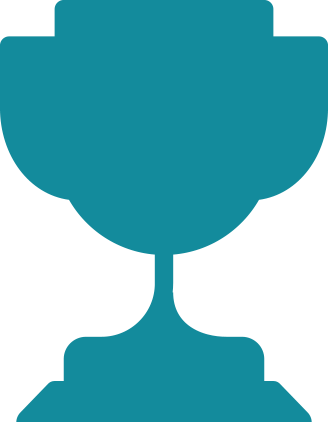 We work with close to 500 first-rate organizations in Latin America, Spain and Portugal which outstand for their search for excellence and for facing important challenges for their business. For such reason, and always focused on improving our work, and on solving the most relevant challenges of our customers and offering the most innovative and created solutions on the market.

COCA-COLA CONNECTS WITH YOUNG SPANIARDS THANKS TO “GENERADORES” (GENERATORS)

COCA-COLA CONNECTS WITH YOUNG SPANIARDS THANKS TO “GENERADORES” (GENERATORS)

On its 65 anniversary, Coca-Cola wanted to reconnect with youngsters.

An educated generation, with a desire to change, but whose voice was almost unnoticed for elderly people. This is why Coca-Cola wanted to give them the opportunity to raise their voices by means of an innovative and different format: “GeneradorES”, the first Smart reality. A meeting point for 25 of the best young minds in the country, outstanding in different environments and disciplines, where they lived together for 65 hours. What was the purpose? To have a dialog, discuss and propose solutions to the main concerns of the youth in this country looking onto the future. A final commitment by Coca-Cola, the proposals would be delivered to the politicians.

Iconic report (supported by Branded Entertainment and Brand PR). Led by Consumer Engagement area (with the support of the Creative Studio (Estudio Creativo) and Branding).

The program has generated over 250 impacts in the mass media, over 1.5 million euros on advertising value and a positive feeling of 98%.

Strategic association between Boeing and Embraer. At that moment, the political situation in Brazil was uncertain and the historical context was one of economic recession. Besides, Embraer was considered a national symbol, so this merge could be perceived by the public opinion as a threat to Brazil’s national sovereignty.

The communication strategy gathered two countries and cross-functional teams that identified and filtered those messages with capacity to influence on the public opinion in Brazil, creating a positive environment in favor of a merger between both companies. Also, our teams developed several intelligence reports.

Finally, in February 2019, the merger between Boeing and Embraer was approved by the shareholders of the Brazilian aircraft manufacturer and the Government of Jair Bolsonaro.

PUBLIC OFFER OF ABERTIS BY ATLANTIA AND ACS

PUBLIC OFFER OF ABERTIS BY ATLANTIA AND ACS

A Public Offer of Acquisition in a hostile environment. Defending Atlantia’s position in the joint venture created together with ACS.

Present and bring the company closer to the Spanish public opinion. Highlight the benefits of the financial offer and the industrial plan for the resulting group. Defend compliance of the Spanish regulatory framework.

Generate traction for Atlantia acquisition and for its future project, positioning it as a winning option. Neutralize the opposition of certain institutions.

Cisneros Interactive and Facebook have announced the expansion its alliance to six markets in Latin America.

A multinational promotion strategy, led from the United States, was generated with three goals:

01| Show that the good results of the Alliance in Ecuador, Bolivia and Paraguay had led to the expansion of the agreement.

02| Contribute to the “education” of local companies and brands on the benefits of Facebook as an advertising tool and sales driver.

03| Make out of this milestone a tool to reinforce the positioning of Cisneros and Cisneros Interactive in the markets involved.

We organized 24 interviews with Tier 1 media in Central America, the Caribbean and Uruguay; we got over 100 publications.

Under a humoristic focus, Campofrío desired to shape a socio-cultural situation present in our country: the debate on the limits of humor.

With the purpose to expand the impact of the advertising campaign devised by McCann, our team developed a Brand PR strategy to reach more presence in the mass media and the social media. For such purpose we organized and experiential event and we created content aligned to the topics of the social conversation and the current media agenda, as is the case of the limits of humor.

We were able to exponentially raise the promotion of the new spot in the traditional and digital media getting data as: 674,050,065 people of impacted audience; 558 impacts in the media and over 104.132 impacts in Twitter and Facebook. Besides, the communication plan with the influencers generated over 85 posts in the social media and had a reach of 2.100.000 users with 100% of positive feeling.

This project, developed together with McCann, has been recognized in the Dircom Awards Ramón del Corral 2019 as the winner in the category External Campaign.

A NEW BRAND THAT ACHIEVES A MILESTONE IN COLOMBIA

A NEW BRAND THAT ACHIEVES A MILESTONE IN COLOMBIA

The period set up, visibility and relevance of Scotiabank Colpatria and its spokesmen have grown significantly thanks to permanent brand communication and progress in the integration process. It was possible to avoid rumors and uncertainties that affected the labor environment, both customers and commercial problems. Moreover, during the project (August 2017 – April 2018) 303 publication were generated, equivalent to 1,222,634 USD.

In the framework of this transaction, brand positioning of Scotiabank Colpatria started after closing the acquisition and paying the land to start an integration process in the best terms. The strategy was based on: advice and management of crisis situations; preparation of an integrated protocol of digital answers; and the generation and execution of an integrated communication plan.

AEVI has become a reference in video games and e-sports, generating permanent dialogues with the current administration, political parties and has promoted several parliamentary initiatives. Promotion of an Industry. Working Group with the Government of Spain Inclusion of video games and development plans in electoral programs. Consolidation of Madrid Games Week, the sector's leading trade fair in Spain with a high institutional presence. A key ally in the defense of intellectual property rights.

Develop an unprecedented action in the company, originated in listening to consumers and based on dialog and elaboration of the best content with stakeholders.

Series of actions among which we can highlight the creation of an emblematic video on Pascual Animal Wellbeing (sponsored in Facebook and YouTube). We developed over 70 branded content articles in the digital media and we organized a presentation event. In the company corporate commsite two pieces of brand journalism were included and from Instagram profile the series “Instagranjers” was broadcast, which was close to the field of new generations.

Diagnosis and design of the communication strategy of one of the five most widely recognized copper and gold mining operations in Peru.

The first diagnosis phase that comprised activities such as gathering information, revision of communication materials and perception study analysis. It was supplemented by personal interviews to the main vice-presidents of the company.

The second phase involved a positioning session with the participation of the vice-presidents. And it concluded with the presentation of an internal and external communication strategy, which was validated and approved by GF Board of Directors.

GF’s current communication strategy is based on themes and highlight attributes and achievements, taking into account the management of potential crisis scenarios.

STORYTELLING FOR AN ANCESTRAL CELEBRATION, THE DAY OF THE DEAD

STORYTELLING FOR AN ANCESTRAL CELEBRATION, THE DAY OF THE DEAD

Consolidate a storytelling that highlights cultural, tourist and gastronomic attributes related to the celebration of Parade of the Day of the Dead in Mexico City.

40 editorial articles were written and we grouped together the content into three phases: before parade, during the parade and closing. Moreover, we cooperated with the press office that gathers hundreds of national and international journalists.

The event gathered 1.8 million attendees (80 % more than 2017). Thanks to the TV live broadcast, it reached an audience of 3 million people. In the social media, the Parade of the Day of the Dead was trending topic in Twitter and it reached 507.9 million people in 191,405 mentions.

EMPLOYER BRANDING IN A CONTEXT OF FIHGHT FOR TALENT

EMPLOYER BRANDING IN A CONTEXT OF FIHGHT FOR TALENT

Build a visibility and positioning strategy for the Center of Excellence in Natixis TI in Portugal.

We developed an employer brand project that would allow the Company to achieve its goal to hire over 600 employees in the area of technology by the end of 2019. Our strategy focused on a media plan and a Digital Identity program for leadership and employees.

An event was held for the opening of the IT Center of Excellence, whose coverage generated over 70 pieces of news, reaching over 9 million people.

The Digital Identity program was able to increase the level of commitment among professionals in 45 % and regularity of the publication in the social media increased by 50 %.

AN RSC PROJECT TO RECOVER A MILLENNIAL TRADE

AN RSC PROJECT TO RECOVER A MILLENNIAL TRADE

TOUS opened in 2018 the first edition of TOUS School of Jewelry and Craft Trades, the first social-educational project in the field of jewelry promoted by the brand.

The initiative was originated in the willingness of the Manresa brand to cooperate in the recovery of a millennial trade and to promote crafts as a form of professional training to young students coming from jewelry schools worldwide.

Together with mentors with a long-standing experience in the company, the students were able to know TOUS values, among which sustainability outstands, since the brand conceives jewels as sustainable and lasting pieces that can be reused, recycled and revived.

We want to collaborate with you

Do you have a challenge?
Would you like to join our team?
Do you want us to speak at your next event?